I do apologize for the delayed update..At this time of the year we will have more updates during the week with a smaller amount on the weekends. When Football season gets underway the site will be updated much more frequently. The hottest topic for Cardinal Sports this week has to be the Cards Baseball squad…After being selected as one of 16 regional sites for the 2010 NCAA Baseball Championship the Cardinals learned just two days later that they will be without Head Coach Dan McDonnell for the first 3 games of the NCAA Baseball Tournament.

The Cards started slow on Friday but got hot towards the end of the game beating St. Louis 11-2. The Cardinal’s got Home Runs from Andrew Clark and Ryan Wright. On Saturday the Cards faced off against Vandy. Louisville was able to put up 7 runs on the Commodore’s ace pitcher Sonny Gray. The Cards were able to get the win 7-1.  Sunday at 4:30 the Cards will again play Vandy with a chance to win the regional. The Cards are the only team left without a loss in the Louisville region. If Vandy wins at 4:30 then the two teams will play a final game on Monday at 6 to decide the winner of the regional.

The only bad news so far for the Cardinal Baseball team is that not only was Coach Dan McDonnell suspended for the regional games he had to spend Friday and Saturday at Jewish Hospital with his father. McDonnell’s father was hospitalized on Friday. His condition is currently unknown. 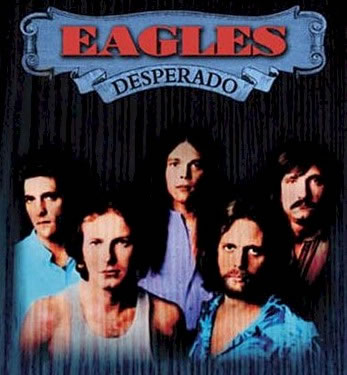 On Thursday the Louisville Arena Authority announced that the Eagles will hold a concert in October to open the KFC Yum Center.  Other big news is the arena is also currently 25 days of construction schedule. 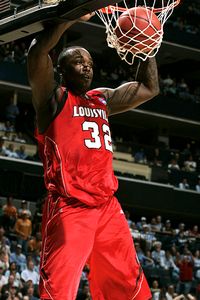 Former Cardinal big man Derrick Caracter is currently one of the 2010 NBA Drafts most intriguing prospects.

It’s really a shame that we never got a chance to see the best of Derrick Caracter. In All honesty I think the best thing that happened to Derrick was leaving Louisville. Once Pitino kicked him off the team Derrick spent a whole year at UTEP paying his own way to school and sitting out the entire 08-09 season because of the NCAA transfer rule. I think realizing the situation he was in really made him understand he had to change if he wanted to have a future in basketball. I wish Derrick the best and hope to see him have a long lasting NBA Career.

On Friday evening the Basketball world lost a legend in Coach John Wooden. It has been a little over the week since Pete Thamel of the NY times reported that former Kentucky guard Eric Bledsoe received improper benefits during his recruiting process. UK fan has done nothing but deny any wrong doing and think they are absolutely in no way responsible for the situation at all. I have received countless emails from my UK viewers. Before I could even give my take on the situation I have had quite a few WildCayut fayuns email me to tell me how I know nothing and neither does Pete Thamel. I will post my view of the story sometime on Monday afternoon.

All jokes a side it is never funny to hear of someone hurting them self…but with that said I could not help but laugh when I heard the news that UK RB Derrick Locke fractured his forearm in a moped accident early last week…EPIC FAIL!!! Wildcayut Fayuns should advise Locke to give up the racing career…We all know Cardinal QB Adam Froman would smoke him on his dirt bike.

Another random irrelevant note from the week is that former UK guard John Wall is reportedly set to sign a deal with Reebok. I am sure Reebok can make Wall a very rich man and if you throw in the money he got from Coach Cal Johny will be sitting  pretty…but lets be honest…Reebok hasn’t had a good looking shoe since the late 90’s. Is it really worth it?