Former Cardinal’s Reece Gaines and Taquan Dean will be teammates once again, as both are set to play for Angelico Biella in Italy’s top-level Serie A league. Gaines and Dean played one season together at Louisville in 2002-03. For those who are not familiar with basketball in Europe, the Italy Seria A league is considered the European version of the NBA. Most American’s playing in the league have spent time with an NBA team.

Gaines, is coming off a year where he averaged 14 points and 4 assists for the Bakersfield Jam of the NBDL. Reece turned down offers to play in the summer league, so he could negotiate a deal with a European team. 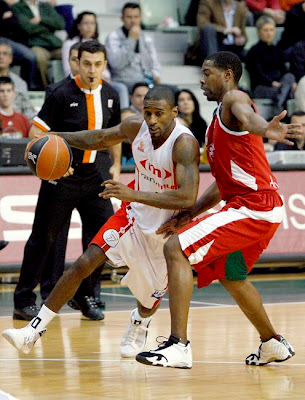 Dean, spent last season back and forth between Spain and Greece. In 31 games, he averaged 12 points and shot 40% from behind the arc.