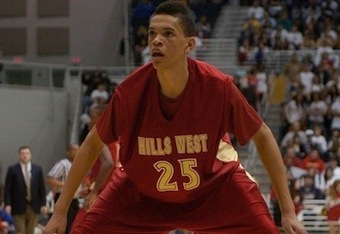 Rick Pitino, has added another prospect into the mix for the 2011class. Long Island swingman, Tyler Harris, has been offered a scholarship within the last 48 hours.

“They offered him,” Torrel said. “If he goes to Louisville and he likes Louisville, they’re taking his commitment.”

Despite a report saying Harris would trip to Louisville Oct. 22, Torrel said that date hasn’t been nailed down.

“Those dates aren’t confirmed,” he said.

He will also visit Louisville and St. John’s, probably on Oct 22 and Nov. 5, but those dates could be flipped.

“Those dates may be flipped,” Torrel said. “St. John’s is right here. I can visit St. John’s anytime.”

Harris, a senior from Long Island who plays at St. Benedict’s Prep, has become a Louisville target, along with Westchester (N.C.) Country Day forward Quincy Miller and Seattle Garfield guard Tony Wroten, with whom Pitino had an in-home earlier this week.

Louisville is also pursuing 6-7 small forward Rodney Hood of Meridian, Miss., who will take an official.