Match-ups for the annual ACC – Big 10 Challenge were announced on Thursday morning. In their sixth appearance in the annual event Chris Mack and the Louisville Cardinals will host the Michigan Wolverines. 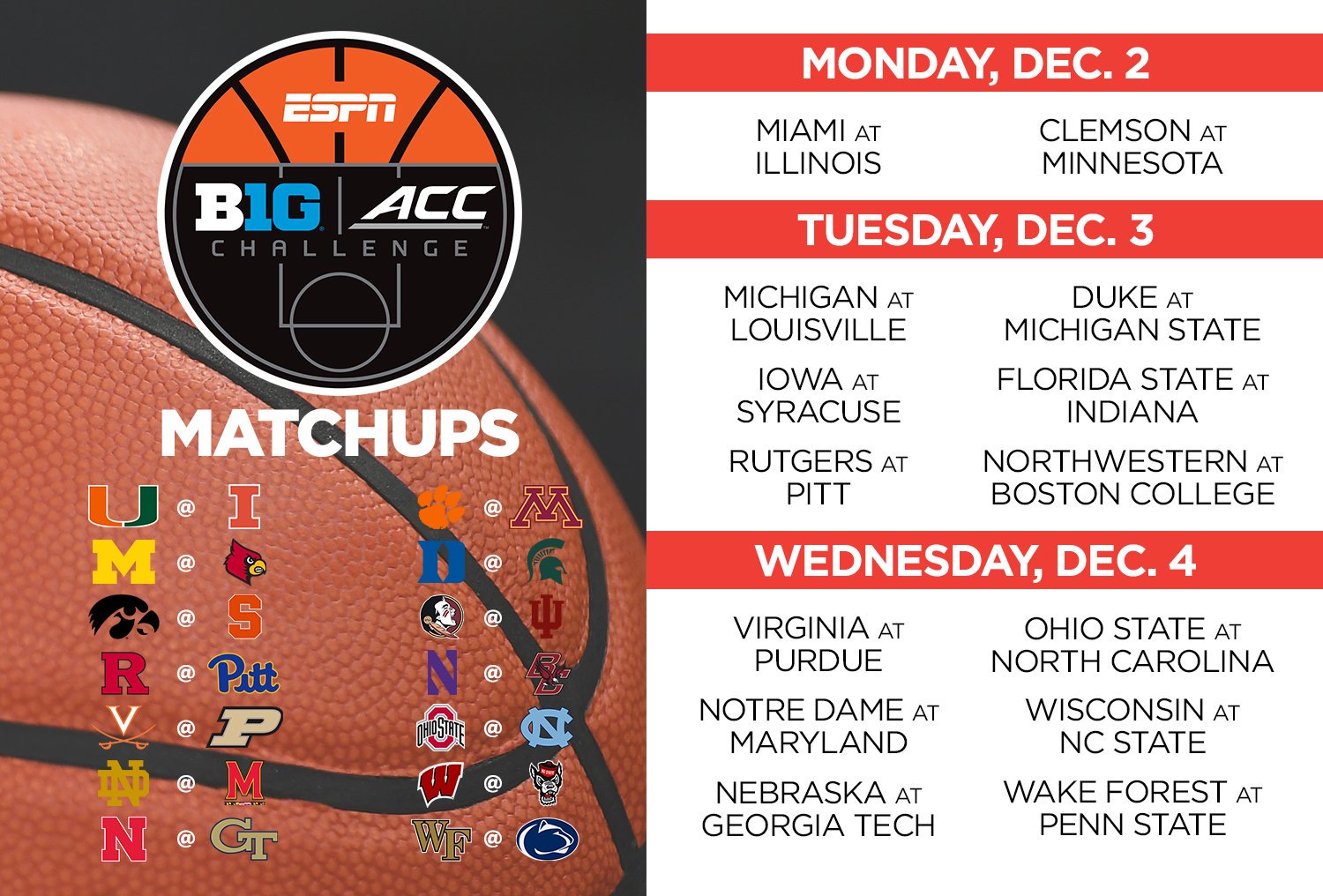 Surprisingly Louisville will be the home team for consecutive seasons. The Cards knocked off then No. 5 ranked Michigan State Spartans 82-78 last November.

This will be Louisville’s first meeting with Michigan since the 2017 NCAA Tournament when the Cards were upset in the second round.

Michigan is coming off a 30-7 season, but they’re starting over replacing John Beilein with Juwan Howard who will need to replace last years three leading scorers.