Lamar Jackson got off to a sensational start to his second as a pro and hasn’t slowed down yet.

Jackson started to generate some legitimate NFL MVP buzz last month and has since been one of the hottest players in the league while the Ravens keep winning.

In Baltimore’s 41-7 win, Jackson completed 17 of 24 passes for 222 yards, four touchdowns, and no interceptions while adding 86 rushing yards.

Watson completed just 18-of-29 passes with zero touchdowns and one of the worst interceptions you’ll ever see.

With that, Lamar Jackson has become the betting favorite for the NFL MVP Award via Caesars Sportsbook. 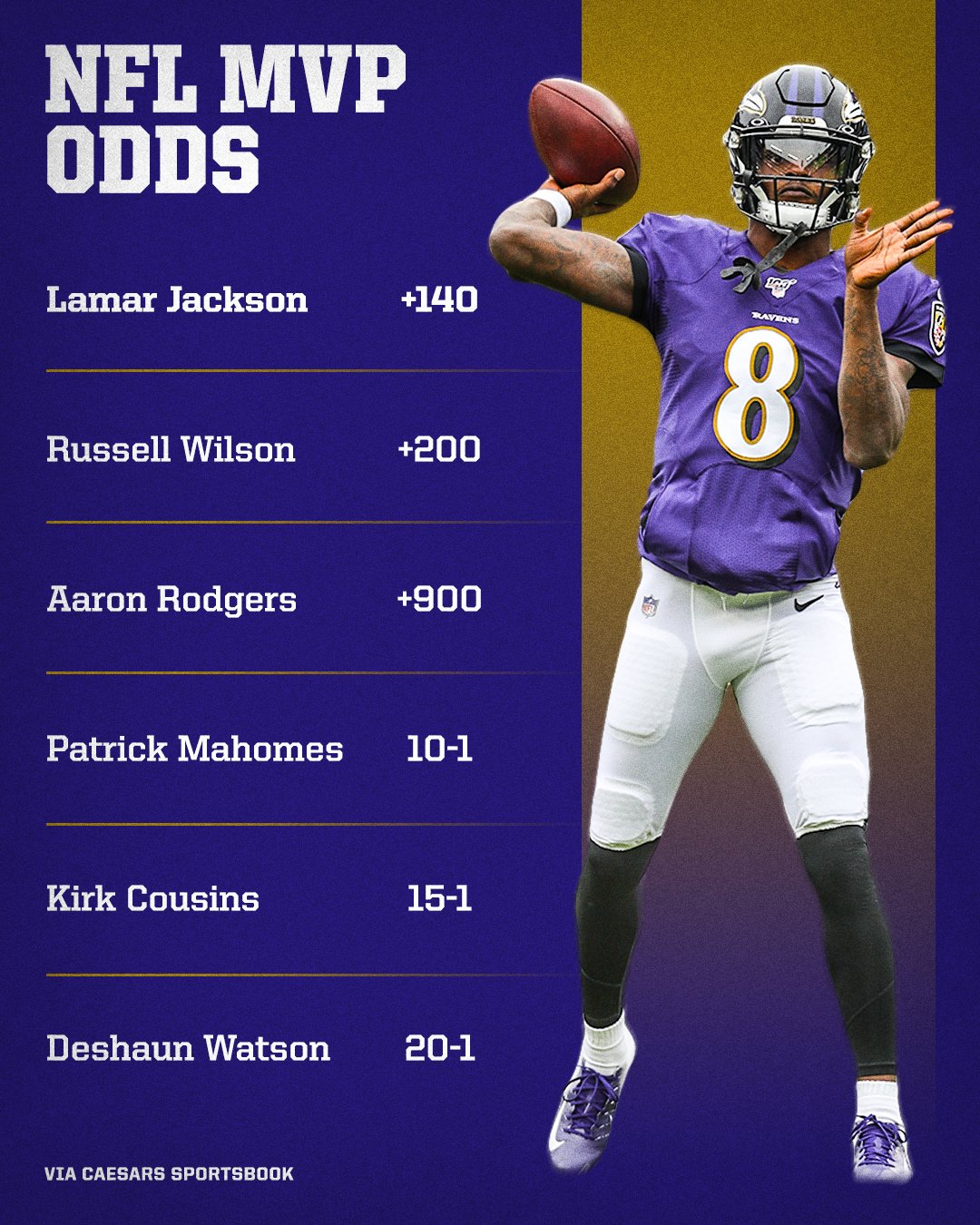 Jackson began the year with MVP odds at 10,000-1 via Westgate. Those who got in early could end up cashing a very nice winning ticket.

Russell Wilson is right on Jackson’s heels, but the Ravens picked up an impressive road win over the Seahawks last month.

Fortunately for Jackson, if keeps playing well and the Ravens keep winning, it’ll be tough for someone to slide ahead of him. The back half of the Ravens schedule features games against the Rams, 49ers, Bills and steelers.