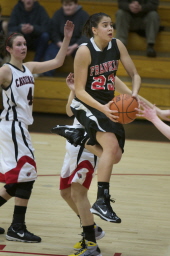 Schimmel, a 5-9 point guard from Franklin High School, was selected to the 2010 WBCA All-American Team. She was ranked as the No. 8 player in the nation by Hoop Gurlz and the third best point guard in the class of 2010. She was also named a first team Parade All-American.