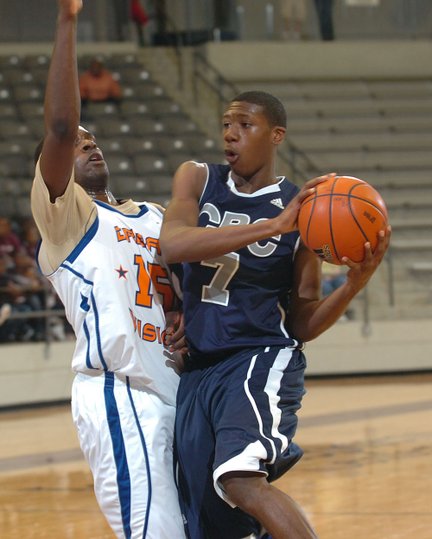 The overall talent level of the 2012 class at the point guard position is a little down compared to recent years. However, Kris Dunn of New London, CT. is emerging as one the best in the class. Dunn is AAU teammates with Andre Drummond,  who is widely considered to be the number one overall prospect in the 2012 class. According to Drummond, Louisville is one of six schools that is showing the most interest in him.

Drummond has been a well-known name throughout the AAU circuit, but Dunn’s name has really started to heat up after some impressive performances in the past couple weeks. Dunn can play both guard positions, but has shown great progress at becoming a true point guard. Louisville has recently got involved, but has yet to offer. With the addition of Kevin Ware, I’m not sure if they will try to sign a point guard in the 2012 class, but if they do, Dunn would be a great pick-up.