As expected, Louisville junior forward Jordan Nwora has decided to forgo his remaining college eligibility and enter the 2020 NBA Draft.

Nwora made the announcement on Monday afternoon with a letter he wrote to the fans. 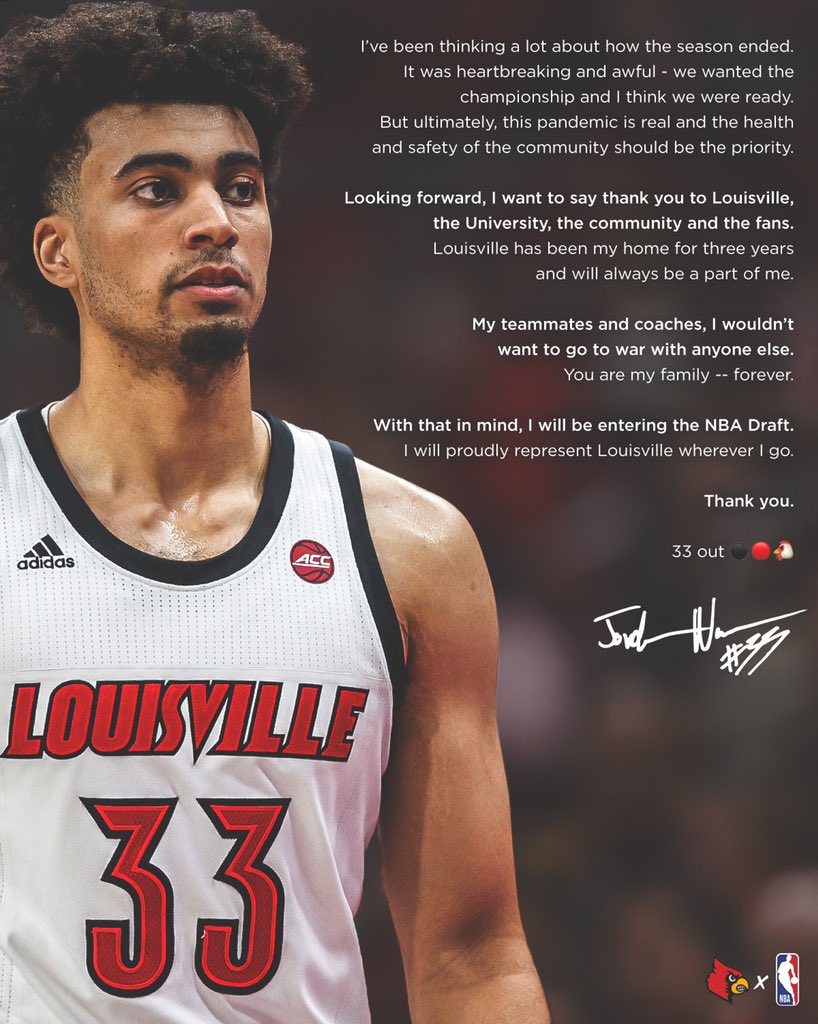 ESPN’s Jonathon Givony has Nwora as he 39th best prospect in the 2020 NBA Draft.