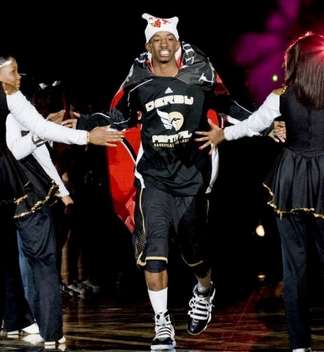 —Louisville incoming freshman guard Russ Smith is recovering nicely from minor surgery he underwent at the end of May. Smith had surgery to repair small tears to his medial and lateral meniscus. He will finish rehab at the end of next week, and is expected to be back to 100% by the fourth of July.

–This morning, Jody Demling of the Courier-Journal wrote a great article on Rick Pitino’s 2011 recruiting class. Even without Marquis Teague, and Michael Chandler, Rick still has a chance to land a top 5 class. Louisville has commitments from Chicago forward Wayne Blackshear, a top-10 prospect, Cleveland center Zach Price and Indianapolis forward Ryan Taylor. Price and Taylor are both ranked in the top 100. Bowling Green forward Chane Behanan and Chicago Center Anthony Davis, both 5 star prospects are considering the Louisville, and will visit within the next month. If Pitino can land Behanan and Davis, I wouldn’t be surprised if Louisville and Kentucky battle for the top ranked class of 2011.