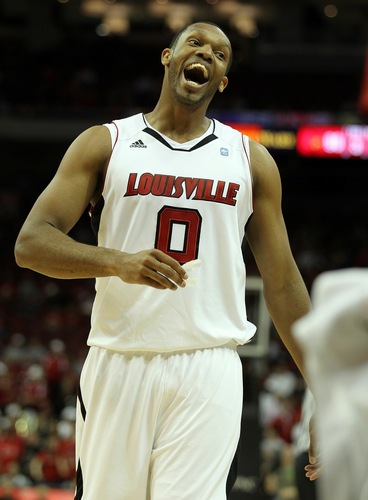 Earlier this afternoon, George Goode spoke with Jeff Borzello of CBS Sports about his options for next season. George told Borzello that although he has not visited any schools, he is down to Kansas St., Morehead St., and Missouri. Because of a new NCAA rule, Goode would be eligible to play right away next season, if he finishes up his bachelors at Louisville this summer.

I really hate that we will have to see George play in different uniform, but with that being said, I wish him nothing but the best. Personally, I hope he ends up at Kansas St., because I am a big fan of head coach Frank Martin. Mizzou makes sense because Goode is a native or Raytown, Missouri. However, the thought of George Goode suiting up in a Morehead State Eagles uniform crushes my soul. DON’T TO IT GEORGE!!!