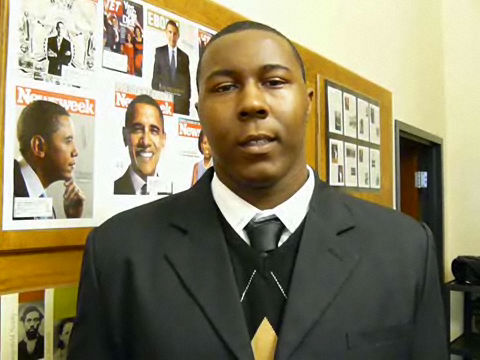 2010 signee De’Antre Rhodes has failed to qualify and will enroll in junior college. The 6’4 280 pound defensive lineman, originally committed to Virginia Tech in 2008, but was forced to spend a year in prep school, to get his grades together. After his first semester at Hargrave Military Academy, Rhodes had some financial trouble and was not able to stay for a full school year. Rhodes is likely to enroll at a junior college in Mississippi or Alabama.

Louisville QB Coach Mike Groh was the key recruiter who helped land Rhodes. I imagine that Rhodes will likely reopen his recruiting once he finds a junior college, but the connection with Groh could help Louisville down the road, if they decide to keep recruiting Rhodes.

Rhodes, a Rivals 4 star was likely to provide some much-needed depth on the defensive line.