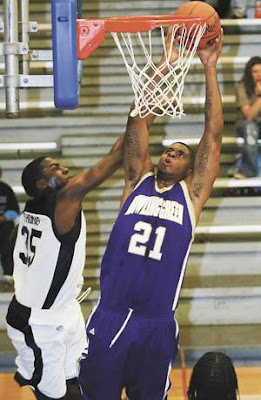 Louisville recruit Chane Behanan was named the MVP of the NBA Top 100 Camp over the weekend.

Behanan averaged 14.7 points per game during the camp and led his team to the championship game.

Behanan expressed interest in Kentucky, but according to him they have yet to offer and have not recently been in contact.  Walter McCarty was recruiting Behanan for Louisville, but has since left to take a position with the Indiana Pacers. Behanan was interviewed by Jody Demling of the Courier-Journal this past week, and stated that with or without McCarty he is still very interested in Louisville.