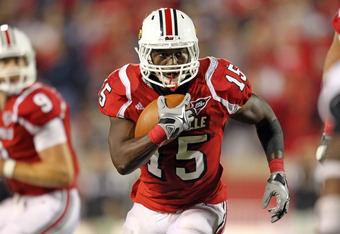 Despite injuring his hamstring on pro-day, Bilal Powell has garnered interest from a number of NFL teams. Powell has visited with the Miami Dolphins, Dallas Cowboys, Atlanta Falcons, New York Jets, Kansas City Chiefs, and the New England Patriots according to league sources.

Powell is set to work out for the Cincinnati Bengals in the middle of April.

Right now Bilal is considered to be a mid-round pick, but there are a couple of franchises who may take him earlier. Kansas City, Atlanta, and New England are showing the most interest.