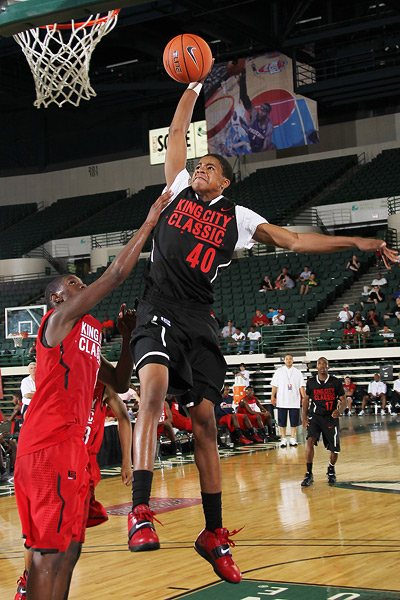 2011 shooting guard Nick Faust will make an official visit on September 4th, as the Cardinal football team takes on UK in the battle for the governors cup. Fellow 2011 recruits Quincy Miller and Deuce Bello will be visiting on the 4th as well.

Faust, a 6’6 shooting guard from Baltimore is considered a 4 star recruit by both rivals and scout. His recruiting has heated up over the last month, after stellar performances at the NBPA Top 100 Camp and the King City Classic. Maryland and Marquette were thought to be the leaders for Faust, but Louisville, Kansas, Butler, and Tennessee have all offered him in the last couple weeks.